Do you want to receive notifications?

Rather not Yes, please!

You’ve probably heard of the legend of Bloody Mary. There are many variations of the story, one of which is that years ago, Mary was a Sister at the monastery. Some say that her vengeful spirit left the monastery a long time ago. They are wrong… Say her name three times in front of the mirror and Bloody Mary will appear. With dreadful, bloodcurdling consequences.

You were all at the convent school and played a game to evoke Bloody Mary. After that, your classmate Amy disappeared without a trace.

Even now, after all the years that have passed, you are still plagued daily by nightmares, anxiety and guilt: it’s time to find out exactly what happened and at the same time stay out of Bloody Mary’s hands.

The total score of a review doesn't have to be the average of your subscores. Sometimes a room feels like it should deserve a higher (or lower) rating than the exact sum of its parts. 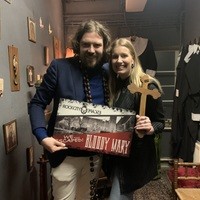 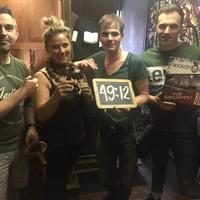 First escape room. When we entered the guy was creepily waiting, great storytelling by him, it definitely added to the whole experience! The rooms were cool and were a good mix of scariness and puzzling! 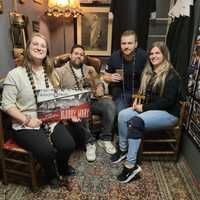 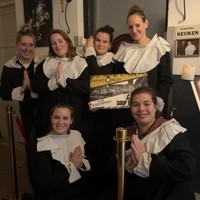 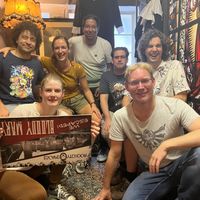 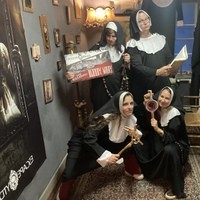 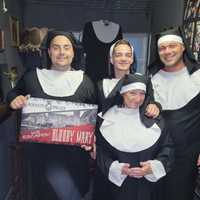 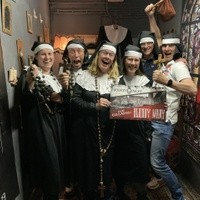 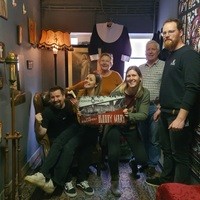 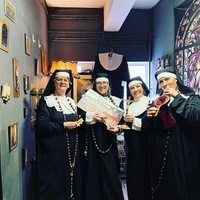 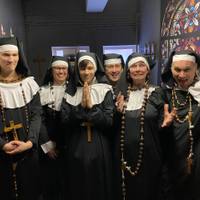 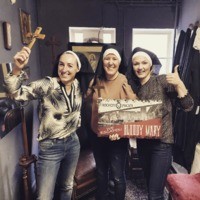 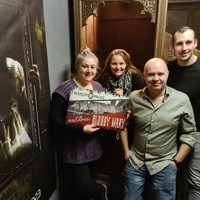 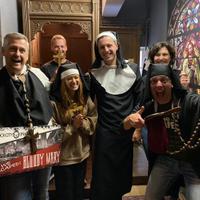 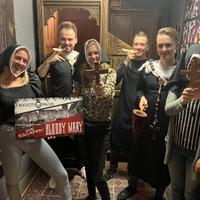 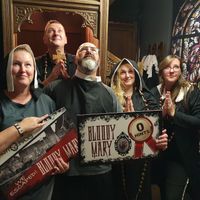 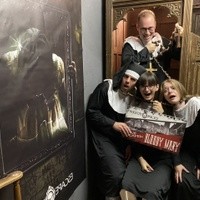 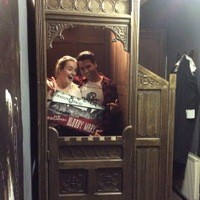 sjaccopopinosjaccopopinoEscaperMember since: 2019 August 8 (36 rooms played)
Posted on: 2021 May 28

Exact the right level of creepiness

A wonderful escaperoom with a great atmosphere. Already the setting in an old monastry is a bit spooky, esspecially when you arrive when it is dark. Immidiately you are within the story when your host picks you up..... Bloody Mary is 5 years old and it was for sure one of the best these days. It is a classic escape room with a lot of locks but regarding the realisation it is absolutely thrilling. We really loved the puzzels and enjoyed our adventure. If you are going to do "Soup de Jour" as well , make sure that you play "Bloody Mary" first.

Woooow what a great experience!

We have done few escape rooms in the Netherlands this was by far the best one. From the start to finish the entire storyline, the amazing host (the actor) and the flow of the puzzles was very well thought of. The building is an old monastery and the escape room Bloody Mary is located in the basement of the main building.

One of the scarier rooms we played. But overall really nice room with a nice variety of puzzles and a great host that was in character from the moment we entered. The puzzles and story fit nicely. It says minimum 3 but can be played with two just let them know it advance. 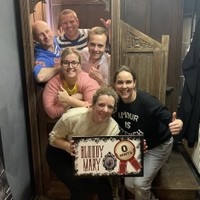 Must do voor iedere escaperoom liefhebber 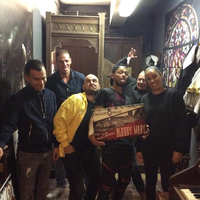 Great room with a few "buts"

The expectations were high for this room, in view of its position in the ranking in this site. While the reception of the game master adds a lot to the experience and the acting was really good, the moment we came in was a little bit weird, as no one was there to receive us. In general our group was a little bit annoyed by that, as it took a while until someone showed up. I have played in other countries games, where nobody is there, but then there is really nobody there in the whole process prior to the game. Maybe the gamemaster was busy resetting the room or something like that. In any case, the whole introduction to the game is really well-done and the venue adds really something to it. The reception room is also nicely arranged.
The room makes a nice use of effects and has quite nice start with multiple things catching the attention and good for keeping a group busy. As in many rooms the initial multiple tasking converges into linearity. My feeling (and also the one of several members of the team) is that from this moment on the room looses its initial momentum. Logical puzzles give place to skilled based puzzles, which can only entertain one or two people at the time and this generates an anticlimax towards the end. Maybe in our case one of these puzzles took too long compared to other groups, but it was a low point in the whole flow. For me it was a great introduction was a great first part and a disappointing second part and an ending, which I did not enjoy at all. Very dififcult to discuss the details, wothout going into a spoiler, but I felt there was a random component, that led us to spend the last part of our time bored and frustrated. I expect much more of the ending of an escape room.
In spite of the criticized aspects, I have to acknowledge that this room has a well-desserved spot among the top of the country, specially thanks to its great introduction and ambiance. 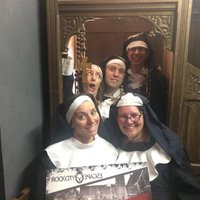 Team: On the Edge

Team: I want to break free

lievkuikentjelievkuikentjeEscaperMember since: 2018 March 30 (33 rooms played)
Posted on: 2019 May 13