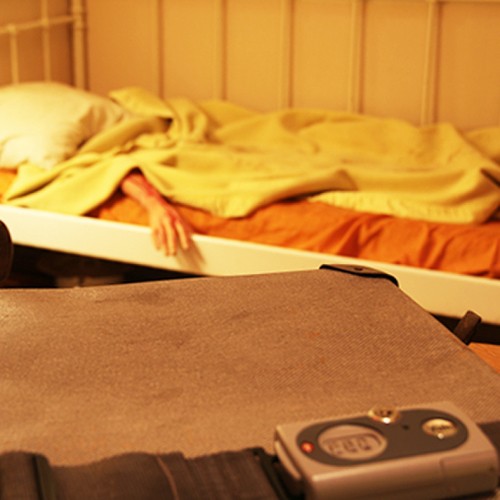 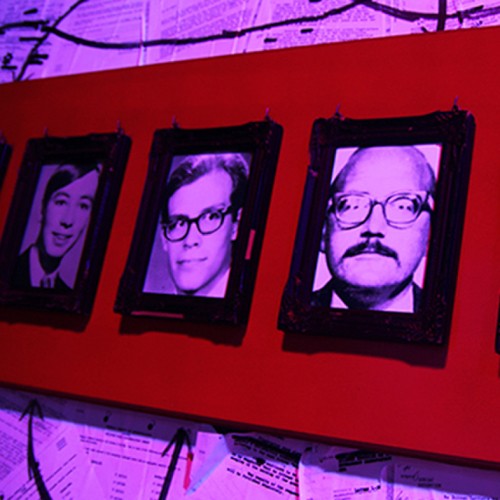 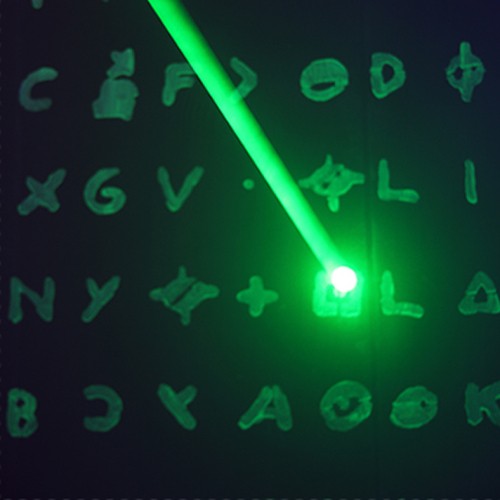 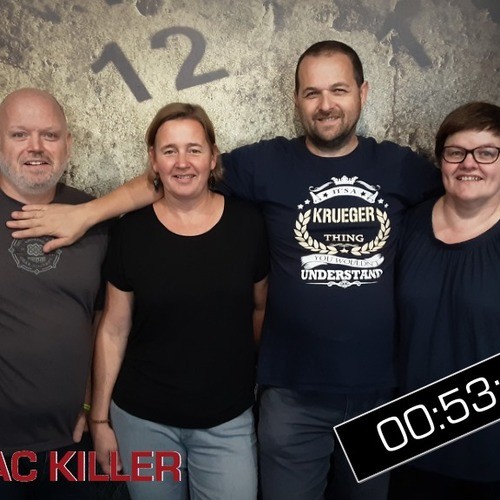 This is It takes IV speaking

While I have been doing several Escape Rooms in Amsterdam, this was the first official excursion with the team. I am happy I chose this room, as it was a fantastic experience.
In terms of service, this is probably one of the best I have encountered so far, a really nice lounge, the detail of the pictures covered with the groups that played is great, also the wall of fame, with the best times and 0 hints (which we were faaaaar away from reaching). Also the fact that we received a printed version of the pictures goes beyond the average. Friendly staff, before and after the games, including recommendations of other escape rooms. Above 10!
We encountered a room, which was realistically decorated (except for a couple of anachronisms, for the really obsessed with details), and there was some nice use of effects. The puzzles were really nice, I have found several concepts I encountered for the first time (this was my game number 16). It was also nice that in spite of being 6 the room kept us really busy. Perhaps the (very little) downside is a relatively large number of locks (topic of discussion in the forum), but not because of the locks as such, they did not alter the great time I had, but when you have several locks of the same type and no indication which solution corresponds to which lock, there is some try out involved that could be avoided. Other than that there was an issue with a puzzle, that was elegantly solved.
While I mention some details, it has to be said that all of them are minor compared to the overall experience. I can only recommend and I hope to be able to try out the other room soon!

Thanks for the great review! Please come again soon for our other room: Illuminati Headquarters, I'm sure you will like that one even more.

The Zodiac killer was a really really nice experience !!! For my 6th room in the NL my friends and I escaped the vicinity of The Hague to play the Zodiac Killer, and that was a really good choice ! Easy to find and quite well located if you want to go for a walk in the pretty city of Naarden :) The service was really nice, beautiful waiting lounge and even a printed copy of the victory picture for each player after the game, really cool ! The atmosphere really matches the theme of the game, and the puzzles were challenging and surprising. Overall a great experience !

Great to hear you had a good time. Please come again for our other room: Illuminati Headquarters. Prof. Dr. Archibald von Absento needs your help ;-)

The Dagger of Time (VR)