Year 2029. Humanity is losing the battle against the machines. Resistance fighters discovered a secret military bunker. It has been out of service since Judgement Day over 10 years ago. Reconnaissance data confirms the bunker was used for secret military developments and may contain cutting edge technology which can help to turn the tide of this war. Your mission is to penetrate the bunker and find out what is inside. This could be the most important mission in the history of mankind... 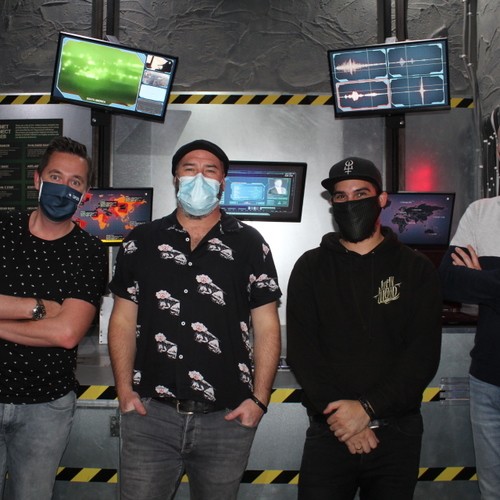 The future is safe!

We played in a group of 2 and that was perfect for us, we enjoyed a lot solving the puzzles one by one! As for the service it was good as well, game master has helped us when we asked. The ambience is TOP, location is TOP, puzzle are TOP!

A great game for small groups

I had seen the very good reviews of this game and was looking forward to play it. At the end we ended up being just two, and that was probably for the best. I noticed that some of the not so positive reviews are from people that played in large groups, when the website recommends a smaller number (3-4). Honestly, I believe that for experienced players even 4 is too much. I would advise playing it with two, maximum three players.
Already before entering, the gamemaster told us to expect a linear room. Due to this, playing with more than 2-3 does not make much sense.
The atmosphere of the room and effects used is nicely done, As it usually happens, a "bunker themed" room does not involve much decoration, in spite of this, this room has gone beyond the usual empty bunker and created a nice space, matching the nature of the puzzles, which involves a lot of "do puzzles". The focus of this room (also due to the linear nature) is more oriented to the overall experience, which involves playing a role in a story, which is well-achieved. For this reason this room clearly differentiates itself, from escape rooms, in which the story is merely the background for puzzle solving. Also because of this, the puzzles are kept rather simple, although some were quite interesting and involved doing things not usual in an average room.
The gamemaster was nice before and after the game. The reception area is kept quite simple, probably also due to the space constraints, I guess this aspect could be improved, given that the reception is the first impression someone has of the venue.
To sum up, it is a great experience to do in a small group (or for larger groups of first timers). Maybe not the best room when looking for mental challenges, but definitely one great experience.

I went into this experience expecting to have a good time. That was cool searching for the clues. The story and room itself far exceeded my expectations. The host was attentive and helpful!

The room was very well done. Well run with kind, helpful staff. The tips given by the person who watched our game were given in time and helped us a lot. Excellent game and we were so happy to successfully escape. 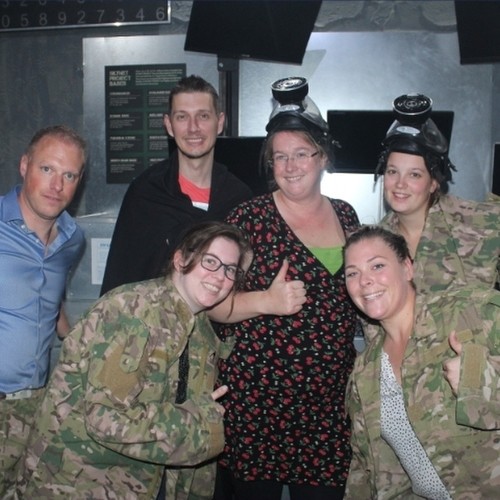 We had a blast with coworkers! Realistic and immersive storyline with dynamic elements. Not all of our group played this escape room, some of us went to the scary one, but our team and another one enjoyed a lot. We spent good time and got opportunity to work as a team in totally different situation!

Awesome room! The storyline is very interesting and the set up is one unparalleled. It is challenging, thought provoking, and so much fun, that even my parents, who played for first time, like it a lot =)

Probably the most unusual and unexpected scenaraio I've ever played. Somewhere between an escape room and a real-life game. Has some physical unexpected components which are counter escape room principles in its conventional sense. The build up is perfect leading to an exciting finish.

Alles past in de setting

We had a really good time last weekend. Puzzles were well varied and gave everyone the opportunity to get involved in different ways. The room itself was well built with lots of interesting pieces and brilliant theming. Great fun - definitely tested the brain.

This is the best escape room I've done and it is better than any escape rooms we played in Israel (over 20). All elements of the game are totally logical and aligned to each other. Puzzles are not just puzzles but logical steps in the sequence of events which lead you to the final. The culmination is is full of emotions, un-be-li-va-ble! Will come back on my next visit to play other rooms.

We decided to do an escape room for a team-building. It was 10 of us and we were split between 2 scenarios. Some people were sceptical of the whole idea but it turned out to be one of the most memorable moments we had with my team. I was in the group playing Judgement Day - really cool post apocalypse setting with many spaces and various thematic puzzles. Don't have much to add to avoid spoiling. We will come back soon and switch the groups to play again.

We played Judgment day after a long day walking in the city and really tired. And unlike many other escape rooms we did before this one cheered us up. It doesn't have a typical "break your brain" set up. Many puzzles are very hands on and require trying rather than thinking too much. Atmosphere of a bunker with a secret lab has been created exceptionally realistic. Last 10-15 min were full of cool effects ending with an unexpected way of escaping. Double thumbs up! 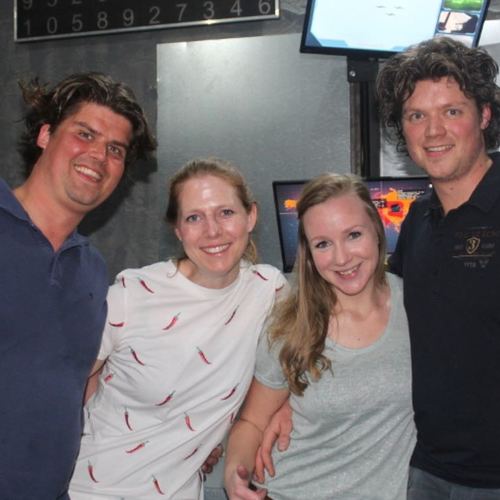 This escape room turned out to be the best we've played so far. Before you get inside it is difficult to imagine that an old building in the centre of Amsterdam can have a setting like that. Several spaces starting from very realistic bunker-like room ending with a completely different culmination. Most puzzles are fully integrated into the plot which is a rare thing. Sound and design of the rooms makes it totally real-life-like. And a few effects you will remember for long. Very very cool.

The tech is superb

It was probably my 10-th escape room and i can clearly say that the technical level of Judgment Day is by far above anything else i’ve experienced. It is a real pleasure to observe what is happening as you go through the scenario. It is a must do escape room.

immersive as it could be

Technically this is another very advanced escape room, loads of special effects sound, light, you name it... And perfectly fitting the scenario. By the time we were getting to the last stage of the scenario I think everyone forgot this is a game, so realistic everything was. Exceptional experience!

Loved this adventure. It's high-paced, story-based, well-styled and varied in its interactions -all the things that make an escape room great.

That is the second room we did here. Absolutely outstanding! Atmosphere is created unbelievably realistic - it looks like a real bunker, no jokes. Puzzles fit perfectly well into the scenario. Effects give goose bumps a few times during the game. it is for sure in Top 2 in my list.

The intensity of this escape room is just unparalleled. One in a very few games where you get more satisfaction and fun from what is happening around you rather than solving the puzzles. Or better to say how the room is integrated with the puzzles themselves. If you have some experience the room is doable in 60 minutes but they give 75 min probably to make sure most teams see the end of the scenario which is the main highlight.

The depth of the this escape room is completely unbelievable. From the introduction we felt fully in the story and with every step it was getting more intriguing and intense. Not a conventional escape room but it only makes it better.

Judgement Days goes beyond the escape room concept, it is a show, with puzzles of course. Through the game the scenery is changing completely as you move forward finishing with an intense escape moment. Awesome experience.

Arguably the most advanced room we played. Loads of techy puzzles which require efficient collaboration between the players. Probably the place was completely rebuilt to fit this scenario, once inside you would never think that you are actually inside an old house on the canal belt since it really looks and feels like a bunker. A must-do in Amsterdam!

For sure in my top 3 list. Deeply immersive scenario with a set up which is so-so realistic. Interior is developed to a minor detail. So they really made a military bunker with a secret lab inside (sorry for a little spoiler). Puzzles are fun to solve - not difficult but you still get satisfaction as many of them give nice unexpected effects. Friendly hosts nicely round up the show!

The best escape room I've ever experienced, no doubt about it! Unrealistically realistic and very technological. You go through several stages and it gets super intensive towards the end. Many puzzles of various type and various complexity, probably also the highest number of puzzles inside one escape room I've seen.

I am not writing reviews very often, but this escape room deserves it. We did Judgment Day this weekend. It was completely beyond expectations. The game has 3 or 4 stages and they are nicely lined up in a logical sequence following the scenario line. Puzzles are diverse, from physical to computer related. Sound is awesome, hope your neighbours are cool with that. Will come over to play the other scenario soon.

Extraordinary experience! I would not even call it an escape room. It is a real mission. You need to escape in the end of course))
Difficult to explain without spoiling, be ready for everything once you are inside. Some engineering tricks are super cool.
A must do escape room!