As I have reviewed for the other rooms of this venue. The location is very nice. A nice place to have a drink, and ideally for larger groups and enterprises, as they offer several battle rooms. The personnel is very friendly, but obviously lacks the passion of a place run by the owners or enthusiasts. We played in battle modus in two groups of 4 and this modality is quite fun, I had experienced it with Wild Joe before.
I think that the same general comments apply than for the other rooms, it is a low budget room, but ideal for people starting escape rooms, as it has a moderate to easy level of difficulty and it is acceptable in terms of puzzle and ambiance. The one or the other puzzle lacked a little bit of a clear logic, but in general it was ok, with some variety of rather classical puzzles. The "interactive" part is a nice touch, again specially for beginners. All in all I have to say, that in spite of being a rather average room, we had fun and that is the most important part. Do not go there with high expectations and you will be fine. As a seasoned escape, there are many other better options. On the other hand the fact, that they regularly offer Groupon discounts is a nice opportunity to try it out. I would not pay the full price though. 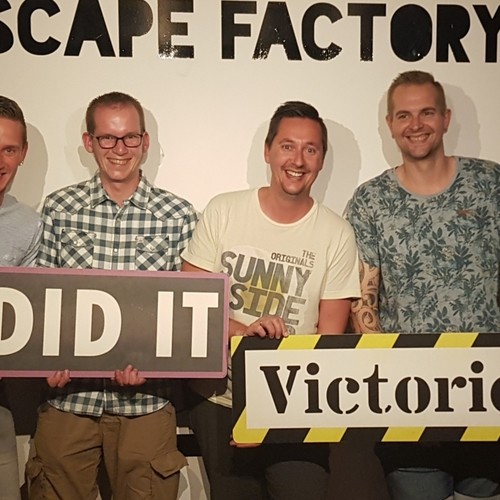