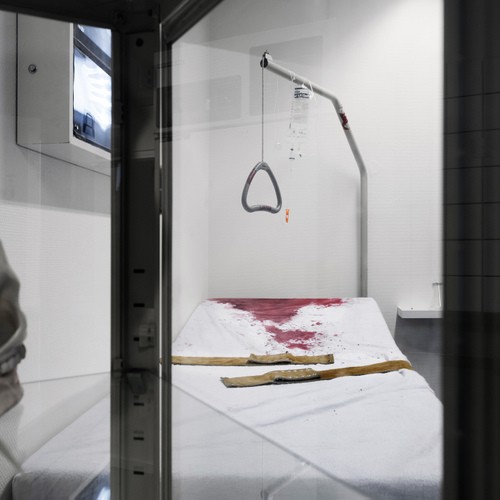 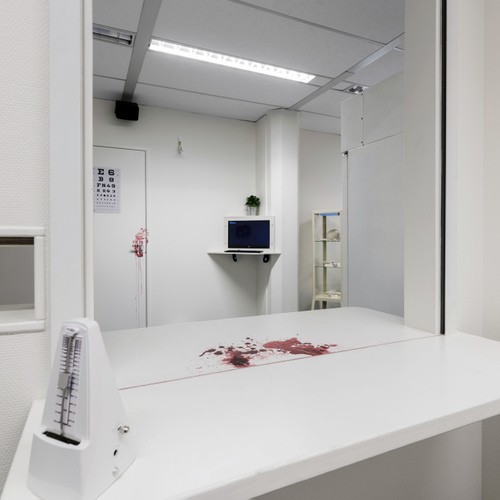 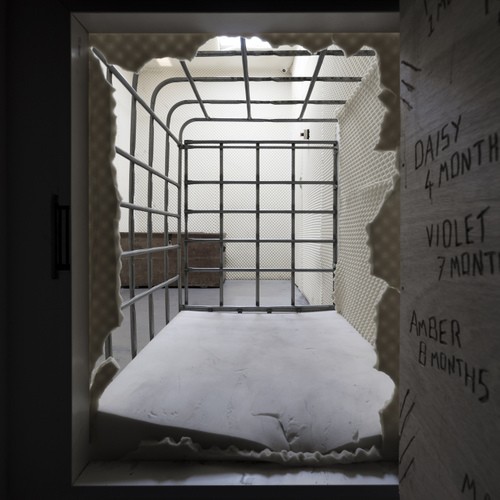 Your worst nightmare becomes reality during your doctors appointment..  several girls have disappeared after visiting the doctor, rumor has it that he's conducting gruesome experiments on these girls. Dare to make an appointment and find out if these rumors are true!

This room is not suitable for persons with limited mobility, light sensitivity or claustrophobia. 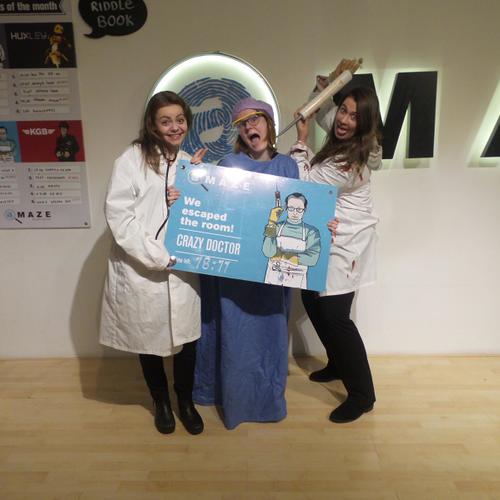 Potential for a very good experience, but...

My reviews are usually rather short, but this time I might take a bit more time and write a longer review, hoping it will lead to a few improvements for the next escapers :)
Starting by the positives, the overall Amaze facility is very nice. Very well set up with a spacious and nice lounge and free tea (always nice in November...), and a very friendly staff (we had a drink after the game which took a bit long, but they patiently waited for us to finish despite the fact that we were the last group, which was very nice). The room is well decorated in accordance with the theme and there are some very nice ideas in the puzzles (Note, the room is rather puzzle than search oriented).
However a few "incidents" threw of my experience. To begin with at some point during the escape we got stuck with a puzzle. During the 20min that we spent stuck we received a few hints, none of them answering our need, and then the code itself. In principle there is nothing wrong with that, but there were very easy ways to indicate us how to find the code by ourselves with an adequate hint, without revealing the answer. This gave us the feeling that we were not being followed very mindfully by the staff (we were told after the game that they have only video but no audio of what is happening in this room).
This is probably what annoyed me the most, but there were unfortunately a few other incidents : ambiance music stopped abruptly halfway through the escape, 1 hint provided in Dutch when there is no Dutch speaker among us (we shouted "English" but could not be heard... the hint was nonetheless provided in English not too long after), a lighting effect occurred at the wrong time.
So overall, a room with potential but a few kinks need to be worked out!

One and a half year later I returned to where it all started and I had played my very first game. I had not played the old version of this room but given that they completely renewed the room I can imagine this version is much better than the former one.
One thing that still aplies is the very nice reception area and as a matter of fact they improved it, with neat designs of the rooms logos among other things. It is a nice place to wait before the game or spend after the game. While for many this is not an important factor I found it a real plus in the service. The personnel was friendly and they spared us the classical introduction talk. Also they took the time afterwards to discuss the game.
The atmosphere of the room was really great, every detail in the room was consistent with the topic, you felt like really being in a doctors clinic. It was also great that the puzzles were all related to the topic and the story. There was a nice use of effects and there were some really cool puzzles and things to do. The puzzles were logically structured and perhaps the only negative aspect was that the flow was quite linear, so that if you play with too many, it is not that good. We went in with 4 and I think that is fine. The puzzles were not very difficult and actually it took us much more time to escape because we got stuck with something.
In terms of service that was pretty much the only problem, namely that we we got stuck a very simple hint would have sufficed and we kept on getting hints that were unluckily not useful, until finally the solution had to be given. On one hand because the game master can not hear what is happening in the room, but also because he was not able to realize what we were missing.
Other than that I think is a very good room, which for a really experienced escaper should be relatively easy. On the other hand the room is so nicely built that I can recommend it, and I am sure I will try out the renovated KGB and the other rooms.