Escape Through The Movies

Escape Through The Movies

We proudly announce our latest, thrilling escape room adventure: Escape Through the Movies! You and your group will have to work together to discover clues, solve puzzles and race towards the exciting finale.

Exactly 100 years ago, the Rozentheater was Amsterdam’s first megabioscoop, a 1000 seat movie palace with two balconies and a state of the art projection booth. For the roaring 20’s and beyond, the people of de Jordaan, sat spellbound in their seats while the mighty projector shined fantasy on the silver screen. Today, the Rozentheater is a popular venue with theaters, a bar and of course: The Boom Chicago comedy show. Although no longer a cinema, the special projectionist booth still exists. Your journey will take you into the projection booth to start the projector and enter the movies.

The mission takes 75 minutes and everybody reaches the thrilling finale. For the competitive groups, points are awarded and you can compare yourself to everybody before you. With a team drink afterwards (not included), the entire experience takes two hours. The story begins 30 minutes before mission time in the cafe. Work together on the warm up challenges to limber you up mentally and prepare for the mission. Latecomers may arrive at any time during the warm-up challenge, but it is better to be together as a group. Ask the bartender for the envelope when you arrive.

Nice idea, but overall rather disappointing

I missed the chance to play the former room of Boom Chicago and when I read about their newest experience it sounded quite good. The reviews here were quite mixed, some more enthusiastic, some rather disappointed. After going there I belong rather to the second group.
Already from the very start the information of the emails and the website were confusing. The reservation stated a 90 minutes period, and said to be there 15 minutes before, but the experience was supposed to last 75 minutes. On top of that, the website says additionally to be there half an hour before and do some puzzling before the game. Rather unclear instructions. We arrived there at 20:30 and we did not get any envelope or puzzles to do before, we just waited half an hour there until the official starting time.
When we arrived where the game wass supposed to start the first impression was not very good I found a box on the floor with papers inside that someone left lying there (trash?), I am about to examine it, but I quickly realize that it does not belong there. The concept for the intro is nicely done and at that time I thought, nice this can be something, the beginning is quite ok, but then the mood is rapidly killed by some activities that lasted way too long and were not very funny in my view. I understand the idea behind, but noone in the group really enjoyed the fact that it took so long, not to mention that it had nothing to do with solving anything. Said activity is quite badly timed.
The "room" is a succession of disconnected elements, only connected by the underlying topic (going through the movies). The problem is that the transitions are just going from one place to the other, there is nothing special about them, the whole ambiance is missing. The puzzles are very simple and scarce. I have nothing against experiences, but then I expect them to keep me living something the whole time, this was clearly not the case, a flow was missing.
One can clearly see the idea behind it, and the idea is very good, there are a few really nice moments, funny things and some unexpected elements, but overall it was too diluted. The fact that it is done in a very particular space, probably reduces the possibilities of doing better in some aspects. But overall, there are some moments where it feels really cheap. It is a pity, as it has the potential to be much more.
The guy who accompanied our experience was really nice and friendly, he explained us that most of the groups struggle much more, and that we were rather quick, and I think he was a little bit disappointed at the fact that we were not really thrilled by the experience.
To be honest also the ending did not contribute much to that, I was expecting something and it ended up being something else, which was all the opposite of the climax they intended to create.
In any case, my review is not worse due to the many nice, original ideas, it is a pity though that the implementation is not equally good. As the opinions diverge, I guess the best thing is to try it out for yourself, but maybe go with low expectations. 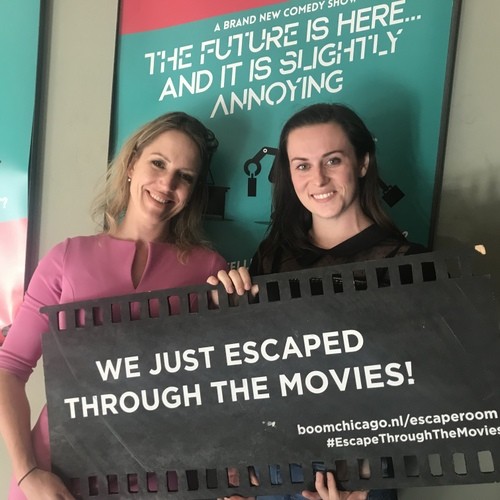